Large shipping losses have declined by 38 percent over the past decade, according to Allianz Global Corporate & Specialty SE’s (AGCS) Safety & Shipping Review 2018. 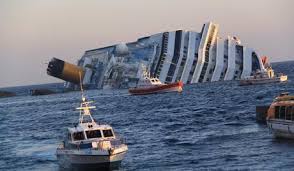 There were 94 total losses reported around the shipping world in 2017, down four percent year-on-year (98) – the second lowest in 10 years after 2014. Bad weather, such as typhoons in Asia and hurricanes in the U.S., contributed to the loss of more than 20 vessels, according to the Review, which analyzes reported shipping losses over 100 gross tons (GT).

Cargo vessels accounted for over half of all vessels lost globally in 2017. Fishing and passenger vessel losses are down year-on-year. Bulk carriers accounted for five of the 10 largest reported total losses by GT. The most common cause of global losses remains foundering, with 61 sinkings in 2017. Wrecked/stranded ranks second (13), followed by machinery damage/failure (eight).

Almost a third of shipping losses in 2017 occurred in South China, Indochina, Indonesia and Philippines maritime region, up 25 percent annually, driven by activity in Vietnamese waters. This area has been the major global loss hotspot for the past decade, leading some media commentators to label it the new Bermuda Triangle. The major loss factors are actually weather (in November 2017, Typhoon Damrey caused six losses), busy seas and lower safety standards on some domestic routes.

Outside of Asia, the East Mediterranean and the Black Sea region is the second major loss hotspot (17) followed by the U.K. (eight). There was also a 29 percent annual increase in reported shipping incidents in Arctic Circle waters (71).

Fatal accidents such as the Sanchi collision in January 2018 and the loss of the El Faro in Hurricane Joaquin in late 2015 persist, and human behaviour is often a factor. It is estimated that 75 to 96 percent of shipping accidents involve human error. It is also behind 75 percent of 15,000 marine liability insurance industry claims analyzed by AGCS – costing $1.6 billion. AGCS cites inadequate shore-side support, tight schedules and commercial pressures as important factors in maritime safety and risk exposure.

Although the downward trend continuing in 2017, the impact of the NotPetya malware on harbour logistics underline that the shipping sector is being tested by a number of traditional and emerging risk challenges, says AGCS. Baptiste Ossena, Global Product Leader Hull & Marine Liabilities, AGCS, says the number of more technical claims will grow – such as cyber incidents or technological defects – in addition to traditional losses, such as collisions or groundings.

Other risks identified in the Review include:

Container-carrying capacity has increased by almost 1,500 percent in 50 years. Mega-ships create new risk exposures, and there have been a number of fires at sea in recent years. Fire-fighting capabilities have not necessarily kept pace with increasing vessel sizes, says AGCS.

Climate change is impacting ice hazards for shipping, freeing up new trade routes in some areas, while increasing the risk of ice in others – over 1,000 icebergs drifted into North Atlantic shipping lanes last year, creating potential collision hazards. Cargo volumes on the Northern Sea Route reached a record high in 2017.