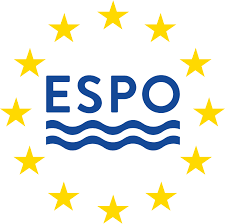 The proposals of the Parliament’s rapporteur are aiming to better protect the marine environment and decrease the administrative burden for stakeholders. ESPO welcomes in particular proposals such as the definition of catering waste which would increase the quantities of recycled plastics and contribute to the targets of the European Plastics Strategy.

European ports believe however that the ‘polluter pays’ principle, which has been the cornerstone of the EU’s environmental policy, needs to be strengthened. Introducing a fee system whereby ships would deliver unreasonable quantities of garbage, including dangerous waste for a fixed fee would be a severe divergence from the ‘polluter pays’ principle. It risks discouraging reducing waste at the source.

“The report of Ms Meissner is clearly a step forward. Overall, the report pursues the objectives of the circular economy and aims to reduce the administrative burden for authorities and stakeholders. We strongly believe however that the ‘polluter pays’ principle needs to be better reflected in the new Directive. We cannot accept a regime whereby ships are not incentivised to limit waste at the source and ports have to carry the costs of delivering unreasonable amounts. Additionally, we oppose an automatic rebate for “green” ships. Any green rebate, if not corresponding to a real cost reduction, will have to be borne by the port authority. Not all port managing bodies have the financial ability to cover this cost and to give such rebates. We plead for an efficient, but the responsible management of ship waste. We count on the rapporteur and Transport Committee members to further optimise the Directive in that sense” says ESPO’s Secretary General, Isabelle Ryckbost.

Any mandatory green rebates for waste, as proposed by the Commission proposal, would prevent ports from addressing local environmental challenges. In some areas, waste pollution is a great environmental concern while in others it is air quality and emissions. Furthermore, mandatory rebates disregard the existence of different business and governance models in ports across Europe.

The Commission has been preparing an EU submission to the IMO proposing a 100% indirect fee without quantity thresholds at international level (here).  “I regret that a submission is being introduced to the Council when Parliament has not expressed any views, and negotiations with the Council have not even started. This initiative seems to bypass the ongoing democratic process and lacks legitimacy” adds ESPO’s Secretary General, Isabelle Ryckbost.