The Port of Dunkirk has published the results of a public consultation exercise, which appears to back its CAP 2020 project aimed at putting it at the forefront of North Continent deep sea lo-lo ports, with new 22,000 TEU + berths and a new logistics complex in the Western Docks.

The port designed the CAP 2020 project, with the aim of increasing its capacity to berth the largest new-generation container carriers and offering a complete logistics system through the construction of a new complex in the Western Port (quays, dock, logistics parks).

It believes the project will stimulate the regional economy in terms of jobs and added value, promote multimodal transport systems thanks to efficient rail and waterway connections, and reduce the environmental impact of goods transport. 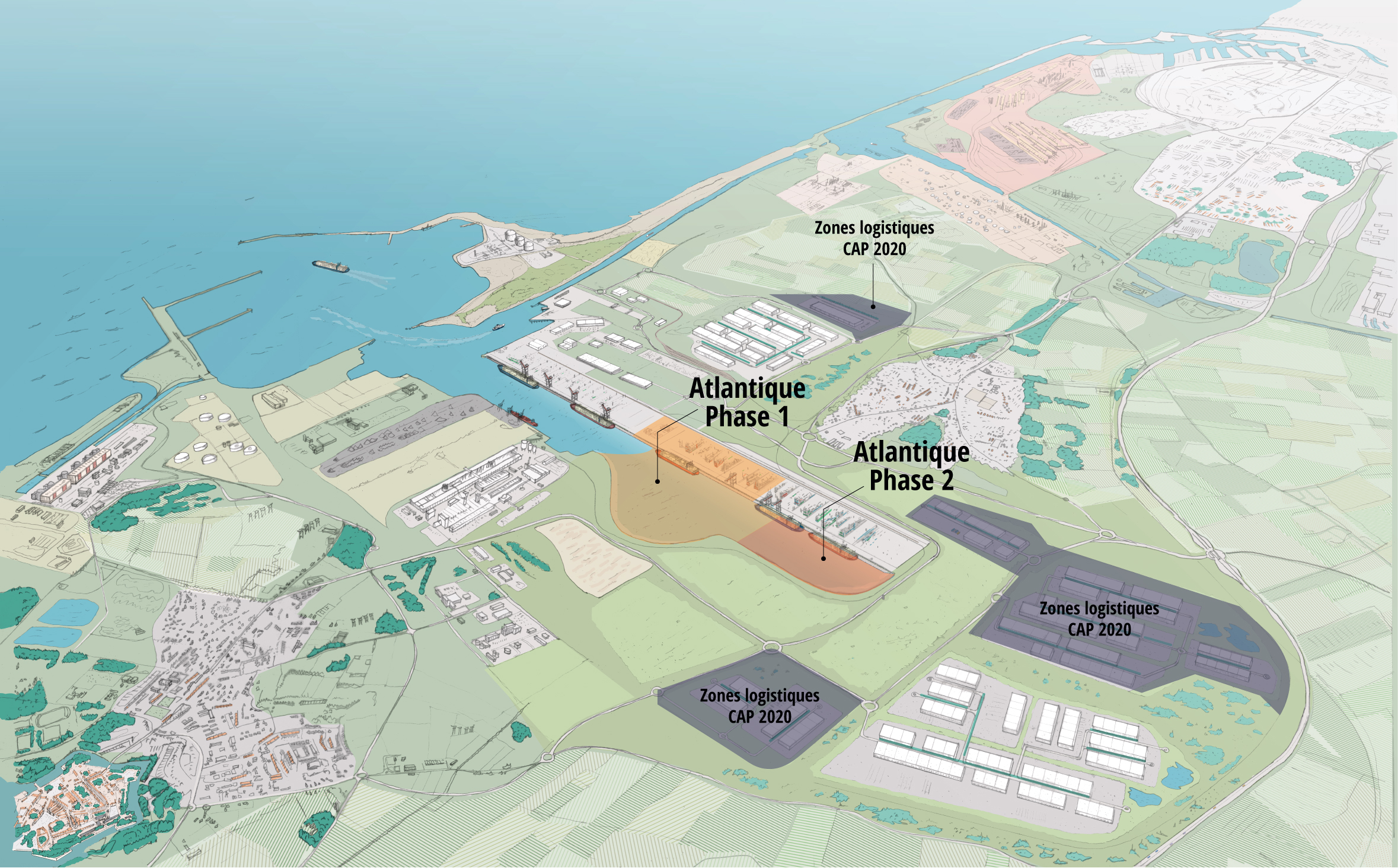 A public consultation about this project was held from 19 September to 22 December 2017. This public consultation provided an opportunity for helpful discussions not only with local residents but also with political, economic, industrial and social stakeholders.

These discussions were led by a Special Public Consultation Commission (CPDP), under the direction of Jacques Archimbaud, and the Consultation’s conclusions were published on 22 February 2018.

These conclusions confirm the CAP 2020 project, says the port. 78.5% of those taking part expressed a favourable opinion through the CPDP questionnaire. The National Public Consultation Committee (CNDP) reports also contained various suggestions and recommendations for the Port regarding the continuation of the project.

Based on these conclusions, the port has decided to continue with the studies for the CAP 2020 project in order to prepare the file which will be submitted to the Public Enquiry.

The accompanying graphic illustrates the scale of the CAP 2020 project. Dunkerque-Port spokesman Erwan Le Bris confirmed to worldcargonews online that Atlantique phase 1 does not include the Quai de Flandres extension already under way opposite the mineral bulks terminal, but is a completely new development. He added that the new turning basin (half-circle) included in Atlantique phase 1 will be 650m wide.

We use cookies to ensure that we give you the best experience on our website. If you continue to use this site we will assume that you are happy with it.OkNoRead more
Revoke Cookies