The Medsealitter project, funded by the European Union with over € 2 million, aims to create a collaborative network of marine protected areas – with the support of scientific organizations and NGOs – in order to develop and apply common protocols to manage the impact of plastic waste in the sea, considered among the most serious pollutants for biodiversity in the Mediterranean. 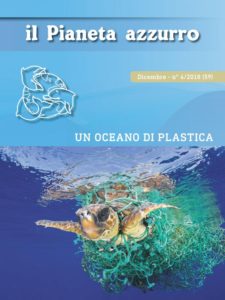 Protecting the Mediterranean from plastic litter

Recent studies have shown that plastics constitute 95% of the waste floating in the Mediterranean or washed ashore on its beaches. Marine litter harms flora and fauna, and has economic repercussions for tourism, fishing and maritime transport.

“I believe that the environmental threat of marine litter is comparable to that of global warming,” says Claudio Valerani, environmental technician for the marine protected area of the Cinque Terre National Park.

The EU is investing in the development of effective and coordinated techniques for locating and reducing sea litter, in order to protect ecosystems and people. Traces of microplastics have recently been found in fish intended for human consumption. The possible consequences for the human body of ingestion of microplastics are not yet fully known, and it is therefore essential to prevent them from entering the food chain. New EU-wide legislation also prohibits the use of disposable plastic products and tackles abandoned fishing gear, which together represent 70 % of all marine litter. These rules will avoid up to €22 billion of environmental damage by 2030 and prevent the emission of 3.4 million tonnes of CO2.