Parliament guarantees the provision of adequate port reception facilities for all ships entering EU ports, in line with the polluter pays principle 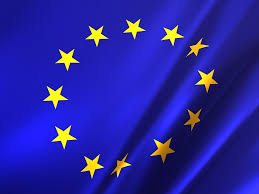 On October 11, 2018, the Transport Committee of the European Parliament adopted earlier this week the final report on the Port Reception Facilities and gave a mandate to the Rapporteur Ms Gesine Meissner to start negotiations with the Council and the EU Commission to finalise the text of the new directive.

The European Community of Shipowners’ Associations (ECSA) supports the polluter pays principle in return for the safe and environmentally sound management of the ship-generated waste. Ships will be allowed to deliver all garbage when paying a fixed waste fee, without port-specific limitations towards the volumes delivered. “This will guarantee that ports keep investing in the needed infrastructure, additional capacity and technological developments,” says Martin Dorsman, ECSA’s Secretary-General. “Setting very strict port-specific limits would have created too much differentiation throughout EU ports, making it more confusing for ships to make good use of the facilities”. ECSA welcomes this report which contributes to increasing the transparency of the many different cost recovery system in European ports.

The Transport Committee also strikes the right balance between allowing ships to sail as swiftly as possible between EU and non-EU ports and reassuring that waste is delivered ashore for further safe and environmentally sound treatment, by referring to existing international databases of adequate facilities. “This is important for European shipowners, as we currently still do not know where the Brexit negotiations will take us”.

ECSA is confident that the rapporteur and her team in the European Parliament will stand by these principles and is confident in a good outcome of the trialogue negotiations.

However, there still are some points of concern for ECSA. “It is not clear what the added value could be of including many different waste streams in what has been defined as ship-generated waste”. Some industries such as the offshore industry and the ship repair yards are very different compared to commercial shipping. It will be very difficult to develop a one-size-fits all cost recovery system for those different industries as the waste production and the way they manage their waste differs a lot.

Finally, reminding the EU legislators of the specific short sea shipping (SSS) statements in the Athens and the Valletta Declaration, ECSA stresses the need for an improvement of the position of short sea vessels on the spot market.