Ships’ decommissioning and sold for scrap in East Asia’s scrapyards are expected to slow down over the next month or so, on religious holidays. In its latest weekly report, shipbroker Clarkson Platou Hellas commented that “with the holy month of Ramadan has now started, it is anticipated that activity and inquiry could slow down as the appetite from the waterfront begins to subdue in the forthcoming weeks as production on the recycling yards dwindles down. Having said this, the week leading up to this holy month generally sees an active market where buyers look to lock in tonnage and Owners eagerly look to sell. Any hesitancy to dispose of the units before this period of Ramadan may see owners, and cash buyers alike, struggle to attain suitable interest for any available tonnage which is the position we may now find ourselves in”. 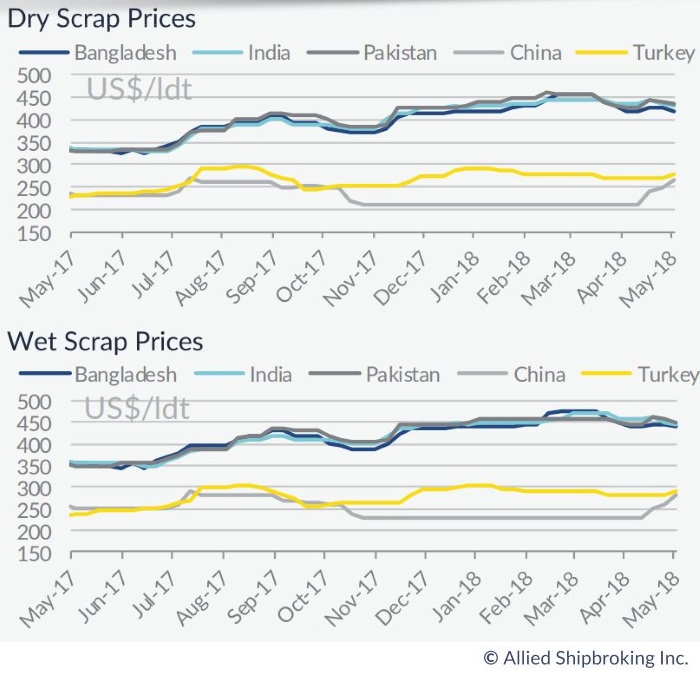 According to the shipbroker, “this timing could be beneficial to the market as the level of booked tonnage and existing inventory lying on the yards already is substantial and it is expected more tonnage will be arriving at the recycling plots imminently. In Pakistan for example, reportedly about 15 larger tanker units have now been resold to the local recyclers since the authorities gave permission for importing tanker units once again and some estimates indicate around excess 700k tons of inventories booked. The local market in Pakistan remains stable however there has been an expectation of a further devaluation of the Pakistan Rupee which may also reflect the keen buying prowess seen for tonnage giving prompt delivery. Given the aftermath of the mini-budget in April, there is an impact of 1% of additional custom duty and therefore from the 1st of July, it is rumoured that the level of sales tax will be raised on ship recycling and some estimate this to provide an impact in excess of USD 5.0/ldt, lower than the initial estimates of USD 8-10/ldt, which should keep the stability in the market”, Clarkson Platou Hellas concluded. 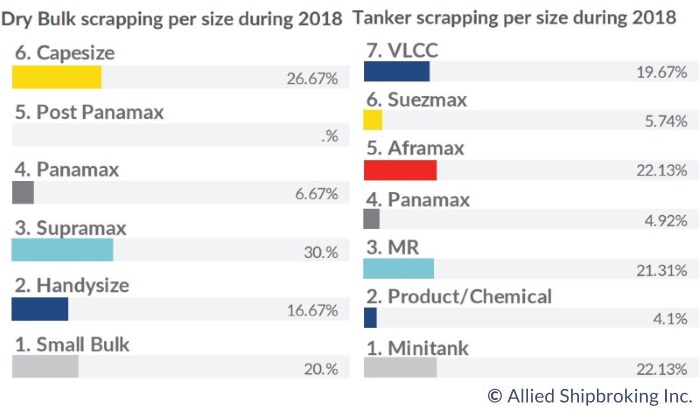 Meanwhile, in a separate note, Allied Shipbroking added that “it looks as though the market has taken a step back this past week, at least in the Indian Sub-Continent, with prices looking to have eased back slightly as appetite in the region seems to be softening. We are still seeing a fair buying drive from Pakistani breakers, though with both India and Bangladesh having eased back their requirements and with poor weather conditions in the region already seeming to be causing disruptions despite being just before the monsoon season. The remaining main ship recycling regions seemed to be charting a very different course, with China having stepped up in their competitiveness in terms of pricing trying to make a fair buying push before the new buying restriction take place. At the same time, Turkey also looks to be showing a more bullish mood, though here the price shifts have been more marginal and are still under threat due to the ongoing pressure being felt on the foreign exchange front”.

According to GMS, the world’s leading cash buyer, “after a bumper week of sales, things certainly slowed a touch this week with just the one VLCC sale to report, as the number of VLs already committed through 2018 steadily creeps towards 30. With Bangladesh and Pakistan both entering the Holy month of Ramadan, the upcoming week of Posidonia in Greece, and summer/holiday months approaching, we anticipate a slowdown in supply and overall activity as Ship Owners, Cash Buyers, end Buyers and Brokers become engaged elsewhere. This should give the markets (Bangladesh and Pakistan in particular) a chance to digest the plethora of large LDT tonnage beached during the first half of this year.

Chittagong reached a saturation point last month as rates plummeted down towards the low USD 400s/LDT. As such, Chittagong Recyclers have been inert and uninterested in new tonnage ever since. Pakistan too is swiftly starting to fill up with only a handful of less aggressive Buyers who are open to negotiating tonnage, albeit at much lower levels. Unfortunately for those Cash Buyers who still have a number of unsold large LDT tankers / VLCCs in their respective inventories, they are now in the unfortunate position of chasing down levels and taking expectedly large hits on their units. Presently, asking prices for a majority of the unsold VLCCs remain too high for most end users tastes, with some of the decisions by various Cash Buyers to purchase in the mid USD 400s/LDT during the recent peak of the market, now coming back to haunt those concerned”, GMS concluded.