At the recent 52nd General Assembly of the association of Mediterranean cruise ports (MedCruise), in Valletta, Malta on May 23–26, 2018, Black Sea ports signed an action plan of the revival of cruise shipping over the next three years. 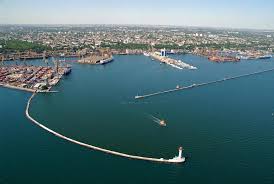 The Ukrainian Sea Ports Authority (USPA) was represented by the deputy chief of the Odessa port for operating the activities Ruslan Sakhautdinov, the head of the cruise infrastructure service Oleg Fetisenko and a specialist of the department of strategic planning and development Mariia Luzhanska.

In Ukraine, despite the absence of cruise ships, the modernization of Odessa Passenger Terminal was completed.

USPA head Raivis Veckagans said that development of passenger and cruise traffic is among our priorities. “USPA is modernising passenger terminals and marine stations in order to provide safe conditions and a high-level service for passengers. Active marketing position of Ukrainian ports is necessary to attract cruise ships. We believe that the return of cruise shipping to Odessa seaport will take place in the near future. Foreign tourists are interested in the Ukrainian tourist product, as evidenced by the increase of the number of river cruise ship calls to Ukrainian ports”, added Veckagans.

During the General Assembly, USPA held meetings with top managers of cruise companies, including Royal Caribbean Cruises, Carnival Corporation and AIDA Cruises. The 53rd General Assembly MedCruise will be held in Burgas (Bulgaria), which will positively affect the image of the Black Sea region.